COVID-19 RESPONSE: Sundance is taking the following measures to protect our staff and customers during the current health crisis.  Continue reading… 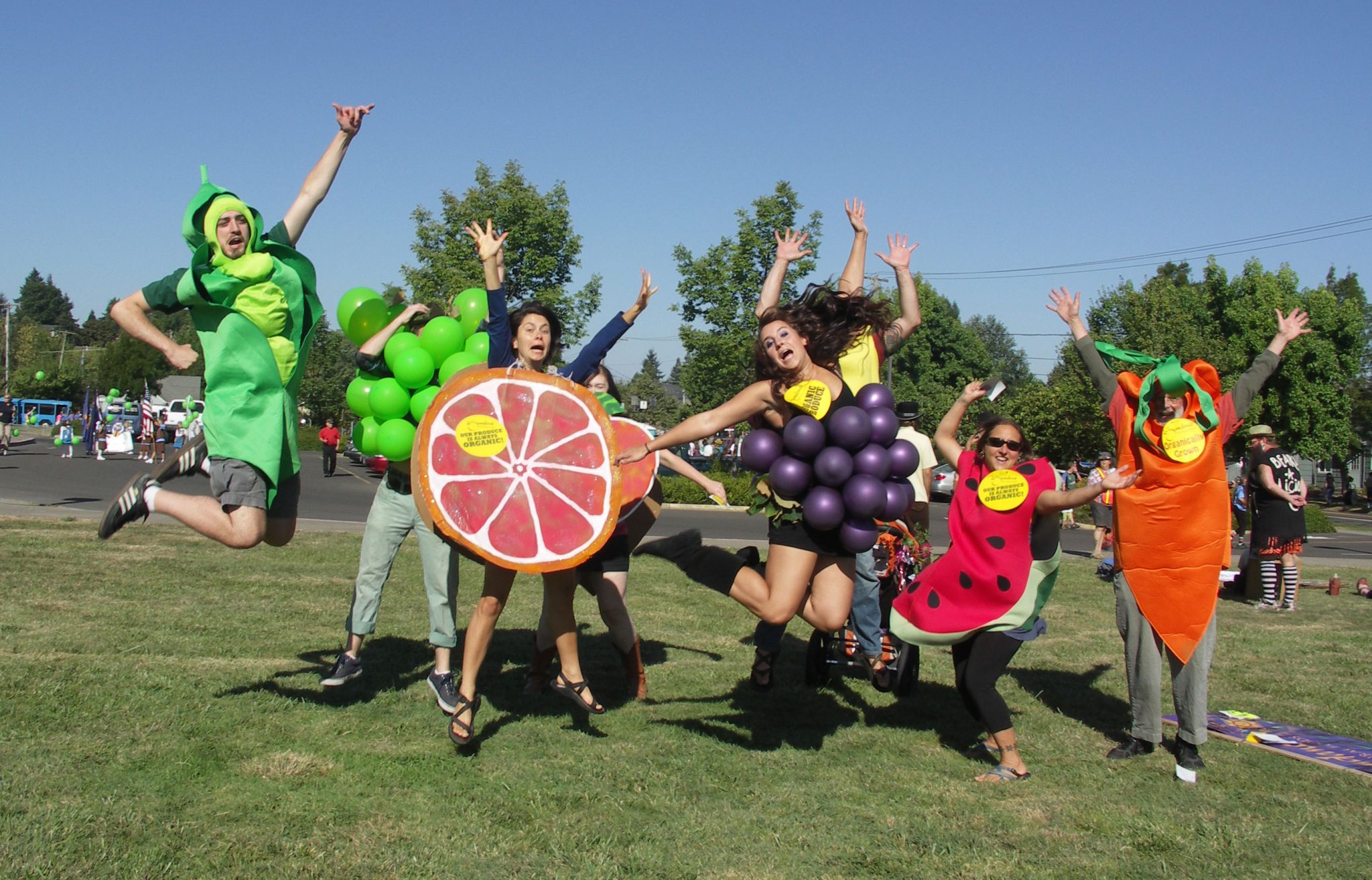 As our mission statement says, we aspire to be “Individuals nourishing community nourishing individuals.” This circular phrase has been an ongoing source of inspiration and guidance. It encourages us to maintain high product standards so that the products we provide our community are nourishing. It leads us to be care-full in how we treat one another so that our social interactions may also be nourishing. (continued below) 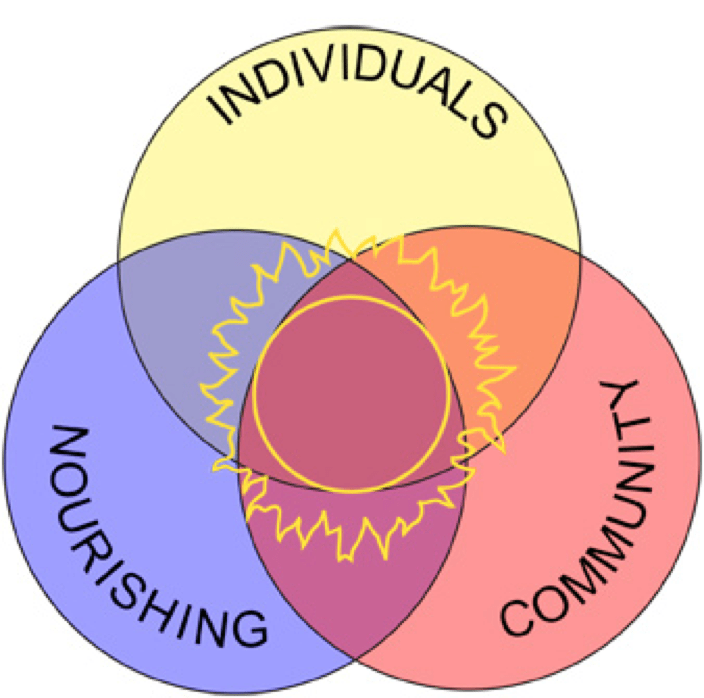 Sundance Natural Foods is a traditional natural food store specializing in: unprocessed or minimally processed foods, organic foods, organic, wild-crafted and locally grown produce, conscientiously produced nutritional supplements, cruelty-free body care products, minimally and transported packaged natural foods, macrobiotic foods, and other ethnic cuisines, low salt and salt-free foods, fine wines and beers, imported and domestic cheeses, desserts, and indulgences (coffee, chocolate, alcohol, ginseng, kava kava, sweet treats, etc). All of the dishes we serve for the soup, salad, hot bar and grab and go case are “organic” – meaning at least 95% of the ingredients in each dish are organically grown. Sundance customers come into our store in large measure because they trust us to act as “gatekeepers,” applying special criteria to each product that we carry. Insofar as it is possible, we intend to provide wholesome, organic, fair trade, locally made products. If any staff member has opinions concerning what we should or shouldn’t carry, please share them with the grocery manager, the proprietor or the General Manager.

We use these general guidelines in selecting our products:
a. Health: We endeavor to provide healthy alternatives to the fare found at the average American grocery store.
b. Ahimsa: We try to select products on the basis of their harmlessness. For instance: Organic over commercial to spare our topsoil and to not contribute to toxic degradation of the environment or our bodies; products from organizations that pay livable wages to workers and/or are not engaged in unscrupulous or immoral activities; products using reusable or recyclable materials.
c. Bioregionalism: We give preference to products from local farms and businesses in order to support our community and to minimize our carbon footprint. Whenever possible we select the products of small businesses over those of large ones.

Key to Sundance’s approach to business is a reverence for the earth, from which we ultimately gain all our sustenance. In reaction to the corporate farming model, which treats the land like a factory and thinks only of the costs of inputs and the price of outputs, we want to cultivate relationships in which we see the earth as a living entity – we seek to help restore the health of the land as well as providing nutritious, unpolluted foods to genuinely nourish our bodies. To this end, we support organic agriculture and food production, and eschew practices that destroy the topsoil and pollute the air, land and water with toxic by-products. We feel this to be critical to the long-term survival of our planet.

Sundance Natural Foods began in 1971. At that time we occupied one-fifth of the building we presently occupy. We shared space with, among other endeavors, a Laundromat, Down to Earth, Book & Tea, a bike shop, and a florist.

Sundance was created by Bob Crolene along with his tireless and pregnant wife, Janice. Bob thought he would prefer the life of a hard-working small natural grocer to working in Houston on the Apollo and Gemini space missions. The local community embraced their efforts. Chuck Kesey (co-owner of Springfield creamery) pulled up one day and offered them a giant refrigerator. There were many challenges getting a store going on a shoestring, but everyone seemed to enjoy the process. Bob writes that “Another problematic issue, though I’m reluctant to admit it, was partying all day during store hours, one big, happy, goofy, joking day at work, forget the discretion. Most of the customers seemed in tune but I’m sure it alienated others.”

In less than a year Bob and family decided to move on and sold the business to Tony, a young man who grew and delivered sprouts to the store. Tony eventually married Judith, a young woman who worked at Sundance, and they became co-owners. Anthony and Judith owned Sundance until 1983, by which time it had purchased the building in which it was housed and had grown to include a small restaurant called the Fountain of Juice and an independent produce market, Just Produce. Just Produce in earlier times also housed the nascent Organically Grown Co-operative (now OGC) – right on our own back dock.

When, in 1983, Anthony ceded his interest to his then ex-wife Judith Osborn, the building that housed Sundance was just days from being foreclosed upon, and vendors had begun to refuse delivery of goods because Sundance could not pay them. The staff was unpaid and dispirited. The store was dirty, the shelves were half empty and the health department was on the verge of closing the store down. At this time, Gavin McComas and his father Gordon put their respective savings into the purchase of 40% of Sundance. With that money and the tireless energy of dozens of dedicated people, Judith and Gavin initiated a new era at Sundance.

In October of 1985, Judith decided that it was time to try something new. She sold her interest in Sundance to Gordon McComas. In 1997 Gavin contracted with his father to purchase his father’s shares over an 18 year period.

In 1983 the store was losing money. It took over two years of hard work, borrowed money, and commitment to excellence and equitable working conditions to reach the point where the store began to break even. In May of 1985 a much larger natural foods oriented grocer, Oasis, opened four blocks away. For the next five months Sundance again floundered below profitability. Our continued care for our store and our customers, our dedication to nourishing community brought us out of this slump. In the last 25 years much more competition has entered the Eugene natural foods market. Although the volume of goods we sell is about the same as it was in 1990, we continue, in our modest way, to thrive due to our dedication to our ideals and the loyal support of our customers.