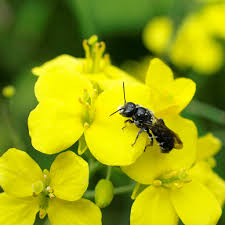 In a move to undo the damage done to farmer’s rights by the 2013 “grand bargain” Senate Bill 863, Rep Paul Holvey of Eugene, and Rep Pam Marsh of Ashland have introduced HB 2469, an act that would allow farmers who grow vegetable seeds to establish GE-free zones around their farmlands to protect them from GE contamination. The Chair of the House Committee in charge of the bill has chosen to not move the bill out of committee. In response, Senator Prozanski and other senators introduced SB 1037, a senate bill with the same text and effect as the house bill. Another bill, HB 2739, proposed by Rep Phil Barnhart, also of Eugene, would shift the liability of contamination of conventional crops by GMO crops from farmers to “patent holders,” that is, the companies who created the GE crop seeds stating “If a genetically engineered organism is present on land, and no owner or lawful occupant of the land has at any time given permission for the presence of the genetically engineered organism on the land, an aggrieved person holding a beneficial interest in the land may bring an action against the patent holder.” In the past, farmers were pitted against each other in contamination suits, with the seed developer, the “patent holder,” coming down against the farmer whose crop had been contaminated, on the basis that the contaminated crops constituted illegal use of patented materials. This bill would reverse that situation.

HB 2739 now a has a work session scheduled for it for April 18, 2017. A work session is “a committee meeting held for the purpose of determining the contents of a measure to be reported out of committee. (oregonlegislature.gov/…/Legislative-Glossary.aspx)” This is the next step for a bill prior to being voted on by the full chamber. However, “a work session is different from a public hearing. In a work session, testimony is usually not taken from the public, although the public may attend the hearing.(op. cit.)”